Showing posts from August, 2016
Show all 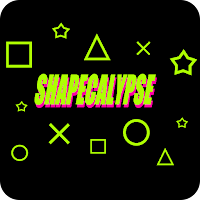 "Shapecalypse: Cosmic Impact" is a fast-paced space battle game with unique twist. Attention and quick reflexes are required to be successful in this galactic war. Features: - Google Play leaderboard - Local highscore will be saved too - Geometrical aliens have 4 different attack styles (will be mixed) - Compelling background music - Easy to learn but hard to master Facitious story: Mankind decided to set up a colony on distant asteroid zone. Unfortunately, that part of the space was already inhabited by geometric alien race. So serious consequences will be expected! (what a surprise) Your task: Your mission is to defend the surface of distant astral body as long as possible. Geometric aliens will send geometrically shaped meteorites to crush the base, and you are the only one between them and rest of the colony. How? Geometrical alien shapes are coming from the sky in different formations. The only way to stop each wave is to catch one of the shapes with
Post a Comment
Read more
More posts