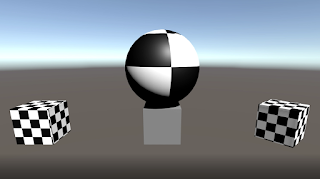 I started getting familiar with Unity render pipeline usage, because I had plans to utilize that in my upcoming game project. As a by-product I recorded a short video how to create a rolling material (or texture) using Unity3D shader graph.

Shader graph is a way to build shaders visually by creating and connecting different nodes. I would think it is simple enough even for beginners after you understand how to setup and use it.

My shader graph demo recording is available on WestSloth's Youtube channel. There is no speech included, but I hope it gives at least some idea how Unity3D shader graphs can be utilized.


I was using Unity 2019.2.13f1 and created a new project with LWRP template, that automatically brings in required packages needed in this demo.

Edit: I added another Unity3D shader graph video to Youtube.